Jackson was recognized for over seven decades of selfless service to his community. As part of the award, he was given $1,000 from the Essex Community Fund to donate to a charity of his choosing — the Essex Volunteer Fire Department.

“I caught community service from my family,” Jackson said, “and it has stuck.”

Over 60 of Jackson’s friends and neighbors joined him for the reception, hosted at the CFES Brilliant Pathways Center in Essex. He is the third recipient of the Irwin Community Service Award since it was established in 2019; Donna Sonnett and Sally Johnson are previous recipients.

Jackson started volunteering when he joined the Essex Volunteer Fire Department in 1964 at the age of 16 — he’s been with the department ever since, going on 58 years. He also served as town supervisor for 10 years and was instrumental in the formation of the Willsboro/Essex Emergency Medical Services. Jackson also helped launch the Essex Heating Assistance group and was a founding member of the Essex Community Fund.

“Ron’s persistent dedication to the Essex community is nothing short of astonishing,” said James Graves, a member of the Essex Community Fund Council and fellow fire department member. “To continually show up for his fellow citizens, sometimes quite literally during an emergency, over the course of a lifetime is inspirational. We’re beyond grateful for everything Ron has done for us, and we believe that Frisky would be proud, too.” 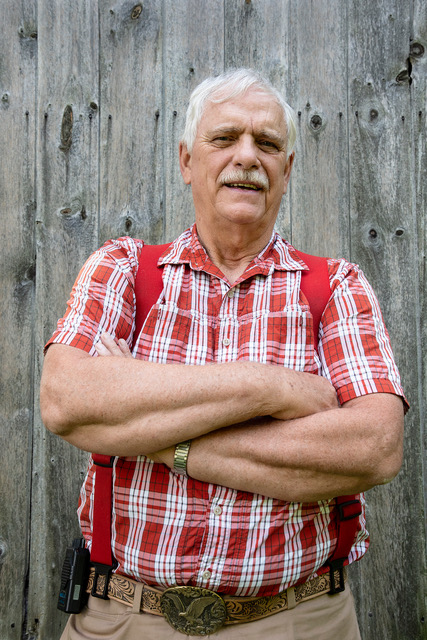 Additionally, Jackson helped raise funds for the development of Beggs Park, which was dedicated to his late wife, Barbara.

The Essex Community Fund is a component fund of Adirondack Foundation that offers grants to eligible nonprofit organizations in the town of Essex and others that serve Essex residents. The fund has awarded 165 grants totaling nearly $274,000 in support of community beautification, historic preservation, culture and the arts, education, recreation, and programs for youth, seniors, and other social services. The Essex Community Fund also helps administer the Allen Scholarship and Education Program, a $5,000 award given to a local student each year for four years of college.