A Legacy for Good

A Legacy for Good

Honoring a son’s memory to help families in need. 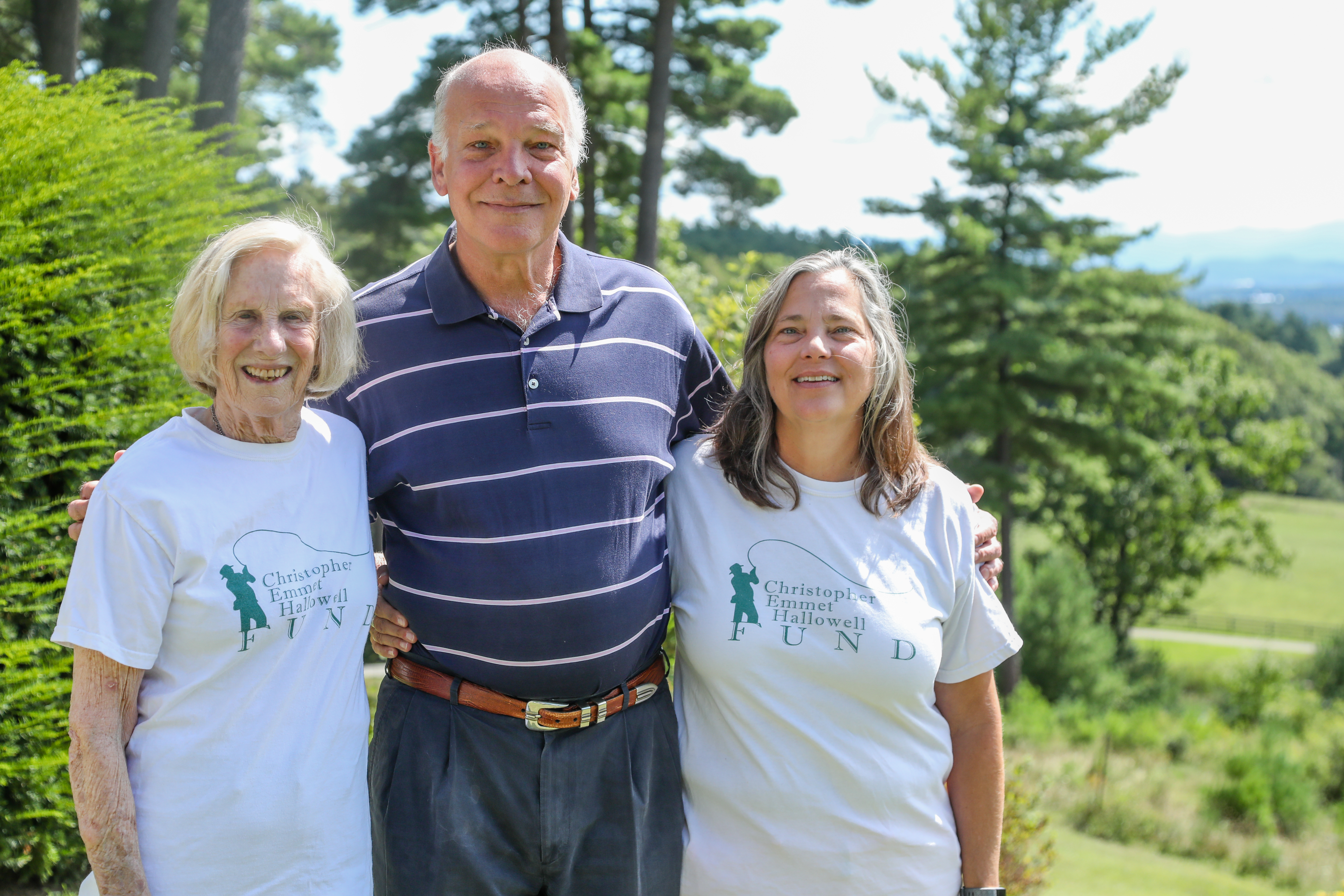 Speak to anyone who knew Christopher Emmet Hallowell and you’ll hear the story of a young man who never let his circumstances get him down. Despite a lifelong battle with leukemia after being diagnosed at 15 months old, to his last day, Christopher was a soul who lived life on his own terms. Today, his spirit endures through the Christopher Emmet Hallowell Fund at Adirondack Foundation, which helps keep families together during a child’s health crisis.

On a late summer day at the Hallowells’ family farm in Westport – an expansive property of 500 acres along Lake Champlain where the family first put down roots in the 1890s – Daphne and her stepchildren Tiffany and Richard “Dickie” Hallowell, Christopher’s half-siblings, reflected lovingly on his life. During his youth, the farm was a special place that served as a base camp for adventure – time spent boating, being with family and friends, and casting a rhythmic line on tranquil Adirondack waters while fly fishing, his favorite.

“He was pretty happy all the way up until the last two to three years,” Daphne recalled. After undergoing heart and double lung transplants when he was a teenager, he lived for another 15 years until he passed away on December 12, 2002, surrounded by family and friends.

Earlier that year, those closest to Christopher gathered to celebrate his 30th birthday. The following year, they still got together on the same date, but this time to remember Christopher and create a legacy for him – an idea that came from his father, Lee. Initially, they considered establishing a foundation, but one of the friends knew that managing a foundation may be too much of a challenge and suggested connecting with Adirondack Foundation to explore other options.

In 2005, friends Ian Barnett, Charlie Davis, George Davis, Jr., Elizabeth Dawson, Brian Fish, Alexandra Henderson, and Chris Sherman worked with the family and others to establish the Christopher Emmet Hallowell Fund to provide hope and support to young people with severe illnesses by helping their families be there for them. The fund is attuned to Christopher’s recognition that while his family had the resources to be at his side during every hospital stay, there were other kids whose families did not.

The fund started with $10,000 in 2005 and, with continued donations and investment earnings, has grown to a $740,000 endowment today that has so far helped more than 50 families from Essex, Clinton, and Franklin counties. Alleviating burdens of unanticipated, non-medical expenses associated with caring for a child with a severe illness – costs like travel and accommodations that can add up quickly – helps parents focus on providing the same love and support that Christopher had.

According to Dickie, the fund continues to honor his brother’s spirit: “We definitely feel Chris when we give to this fund. In his memory we have helped families be together. This brings me happiness and I know it would Chris, too.”

Daphne also sees the fund as a way to perpetuate her son’s remarkable capacity for joy and compassion despite his illness. That’s why she gives to the fund annually and has also made provisions in her will for a bequest that will help to ensure it continues to help families in the future.

Daphne is among a growing number of generous supporters in our Legacy Family – having the foresight to ensure that the causes they care about continue to receive support beyond their lifetime. It is an honor and a privilege to facilitate this kind of meaningful giving.

For more information, get in touch to Janine Scherline. Most importantly, if you know a family in need who can benefit from support from the Christopher Emmet Hallowell Fund, please get in touch.